QUARTERBACK: C. Colin Kaepernick was rusty in the first half and missed a couple downfield throws he should have completed. Still, he played efficiently both on the ground and in the air before halftime. Rushed four times for 20 yards, completed 8-of-11 passes for 135 yards and a touchdown and posted a passer rating of 144.1. But the wheels fell off the Niners Express during the second half as the coaches failed yet again to make any halftime adjustments. Can’t blame the players for executing the plays the coaches called from the sideline. More on the coaches below.

RUNNING BACKS: D. Carlos Hyde averaged just 3.7 yards per carry and injured his shoulder. I’m curious to see if he’ll play through this injury the rest of the season or shut himself down. He certainly shut himself down for a few series today.

WIDE RECEIVERS: B. Torrey Smith made a nice adjustment on an underthrown deep pass, juked a defender in the open field and scored a touchdown. He came to play, as did Quinton Patton, who caught four passes for 52 yards. Kaepernick seemed to have chemistry with those two, but not with Jeremy Kerley, who caught just two passes for 12 yards.

LINEBACKERS: F. What I wrote above.

SECONDARY: F. Gave up a 110.9 passer rating to Tyrod Taylor, and made him look like Russell Wilson.

COACHES: F-. The Bills’ offense ran up and down the field all game and Niners’ defensive coordinator Jim O’Neil had no answers. Fire him during the bye week.

Offensive coordinator Curtis Modkins can go, too. A few weeks ago, he told me there’s no need to save any formations or plays for the second half, and the Niners’ second-half performances definitely live down to that coaching mentality. Today, they got outscored 28-3 during the third and fourth quarters.

The team routinely has nothing different to show after the first half, and the coaches consistently get schooled by the opposing staff. The players have to know their coaches have nothing left on their plate to change the course and flow of things after halftime.

Once the game begins to turn, it’s over and the players know it.  I wouldn’t be surprised if Chip Kelly lost this locker room weeks ago. 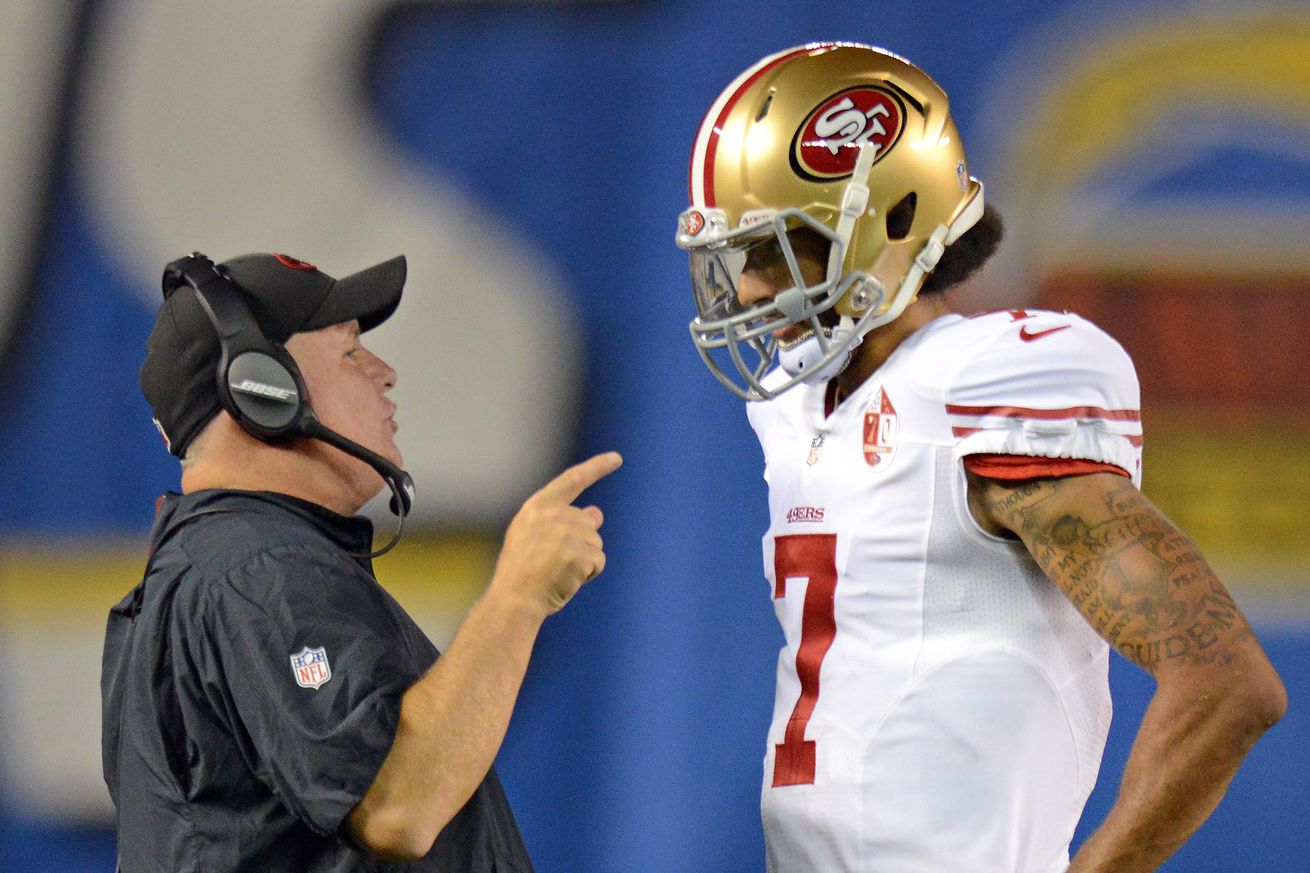 This article has 218 Comments