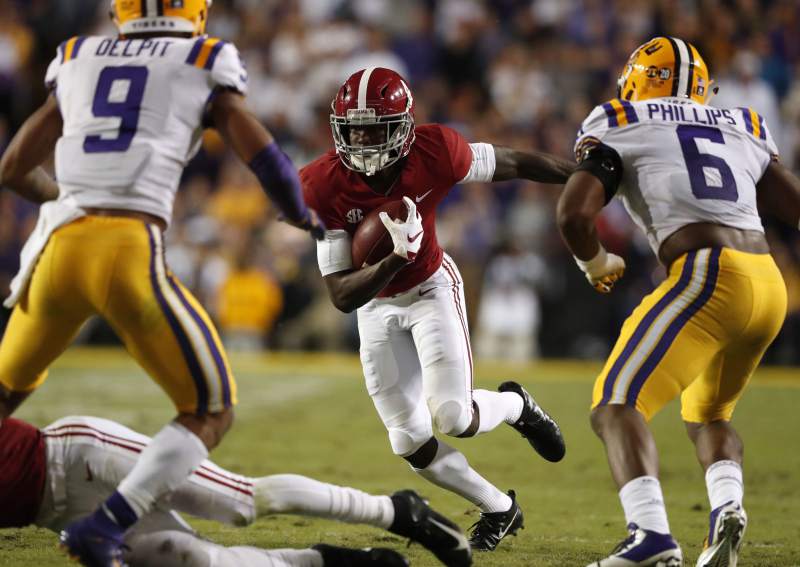 The 49ers traded for Sanders at the trade deadline last season, and he instantly solidified them as Super Bowl contenders. And now he’s on the Saints. The 49ers will have to find his replacement in the upcoming draft.

The 49ers were in a similar position last year when they had to draft a replacement for Pierre Garçon, their fearless, rugged wide receiver who retired. Garçon specialized in taking big hits while making tough catches in traffic. His replacement had to be strong and tough enough to withstand collisions with linebackers.

Sanders is much smaller — just 180 pounds. He looks like a civilian. The 49ers didn’t ask him to run lots of shallow routes into the teeth of the defense where he could get crushed, nor did they ask him to run reverses and play like a running back.

The 49ers asked Sanders to be their deep threat, the guy who runs the post routes and sprints past the last line of defense. Think of the end of the Super Bowl when Sanders ran deep down the middle of the field but Jimmy Garoppolo overthrew him. The Niners also asked Sanders to be their slot receiver, where he used his quickness and agility to run slants and other shallow routes.

Sanders’ replacement must be fast enough to run deep and quick enough to play in the slot. Those are the requirements. Size does not matter. Last year, the first wide receiver drafted was Hollywood Brown by the Baltimore Ravens. He weighs 166 pounds. Someone like him would be a perfect Sanders replacement. The 49ers don’t need a big, tall, traditional No.1 wide receiver, because they have George Kittle, who essentially is their big, tall No. 1 receiver.

The 49ers have two first-round picks in the upcoming draft. Here are five wide receivers they could take who fit Sanders’ role in the offense.

This article has 105 Comments