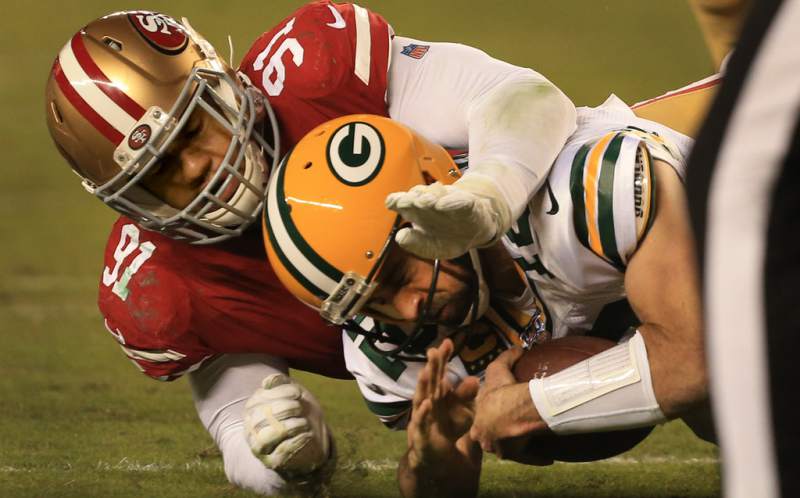 SANTA CLARA — Sure, the 49ers should beat the Packers this Sunday. But the Packers still have Aaron freaking Rodgers.

And sure, Rodgers was awful the first time he played the 49ers this season. So freaking awful, he arguably was the main reason the Packers lost. He passed for 104 measly yards, fumbled and missed open throws he typically completes. Just awful.

Rodgers is just as good as those two, if not better. And he hasn’t lost since he played the 49ers in Week 12. And he was excellent last week in the divisional playoffs against the Seahawks.

“He’s never out of the game,” head coach Kyle Shanahan said. “We were up 23-0 at halftime versus him and he made it 23-8 after his first drive, and I thought it was a tight game because of who was over there at quarterback. Aaron is as good of a player who has played this game.”

And check out my YouTube film preview of the game:

This article has 89 Comments