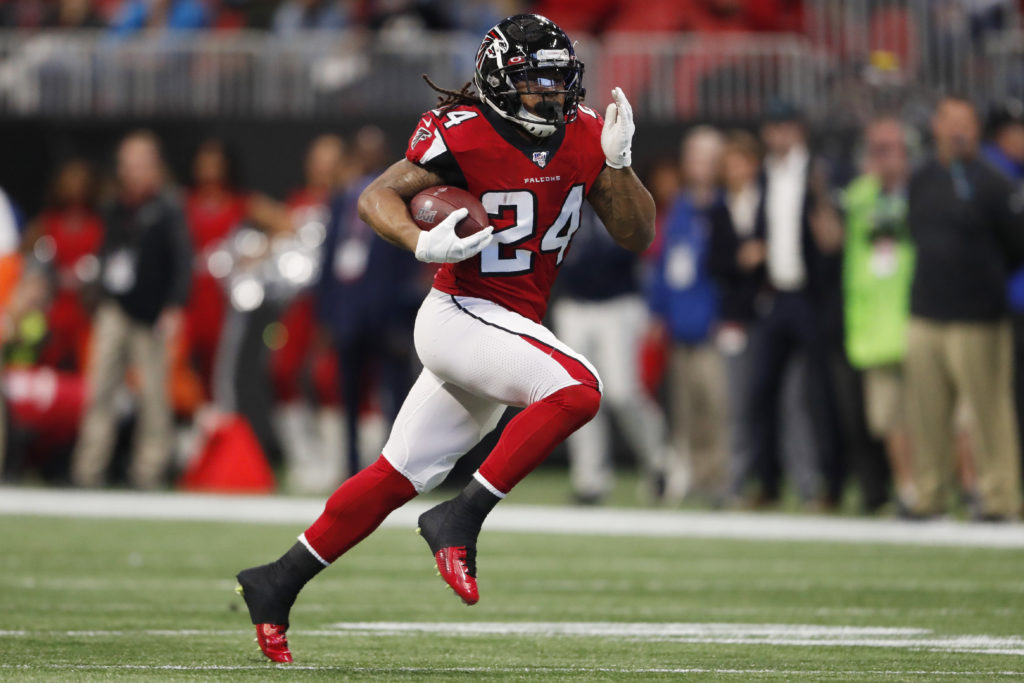 Atlanta Falcons running back Devonta Freeman (24) runs against the Carolina Panthers during the first half of an NFL football game, Sunday, Dec. 8, 2019, in Atlanta. (AP Photo/John Bazemore)

The Atlanta Falcons are the worst team the 49ers will face the rest of the season. The 49ers just finished the most difficult three-game stretch in NFL history. The postseason is three weeks away. Plus, they have lots of injuries and still must face two division opponents, the Los Angeles Rams and the Seattle Seahawks.

Hard to focus on the four-win Falcons.

But during the Falcons’ bye week, which was Week 9, they shook up their coaching staff and made wide receivers coach Raheem Morris their new defensive backs coach. Since then, the Falcons have played well.

“These guys have won three out of their last five games,” said 49ers head coach Kyle Shanahan. “They beat a very good team in New Orleans. It wasn’t a close game. They beat them with ease. Beat Carolina last week by a lot. You turn on the tape and you can see why. Everyone knows the names they have over there. The team is playing at a very high level right now.”

Despite all of the 49ers’ injuries and the natural tendency to let down against a weaker opponent, they still should smoke the Falcons. Here’s why:

This article has 19 Comments