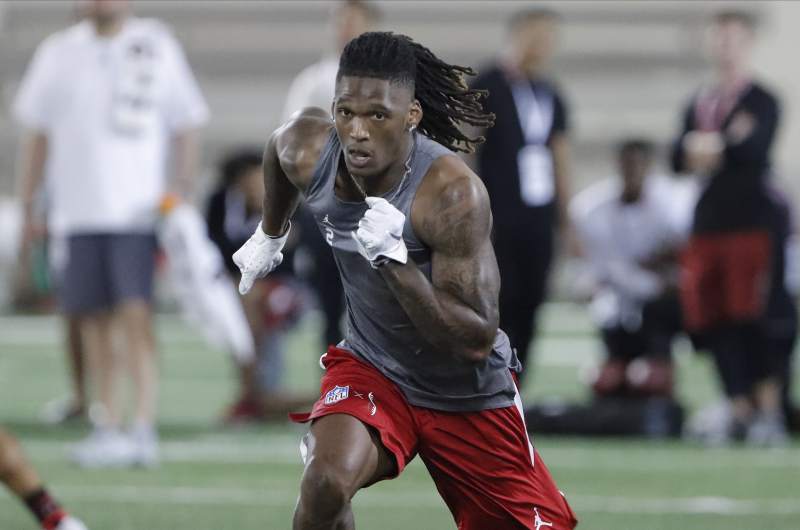 The 49ers let wide receiver Emmanuel Sanders sign with the Saints on Friday. Sanders signed for two years and $16 million, and will make one of the 49ers’ biggest NFC rivals even more difficult to beat.

Last year at the trade deadline, the 49ers traded their third-round and fourth-round picks in 2020 to the Broncos for Sanders and a fifth-round pick. Sanders was a rental —nothing more. The 49ers felt they needed a quality veteran receiver like him to reach the Super Bowl. And they were right.

Sanders made an immediate impact. He had 502 receiving yards in 10 regular-season games with the 49ers, and he helped improve Jimmy Garoppolo. Before the Sanders trade, Garoppolo’s quarterback rating was 90.8. After the trade, his rating jumped to 108.1. And during the best performance of Garoppolo’s career — a 48-46 win over the Saints — Sanders caught seven passes for 157 yards and a touchdown, plus he threw a 35-yard touchdown pass. And now he’s gone.

But the 49ers were smart to let Sanders go. They made the right choice.

They don’t have the cap space to justify overspending for a 33-year-old wide receiver with a surgically-repaired Achilles. The 49ers are just $15 million under the cap and must save roughly $8 million for draft picks. And the 49ers still have to give All Pro tight end George Kittle an extension which will make him the highest-paid tight end of all time.

Sanders had to go.

But the 49ers can replace him in the upcoming draft, which features a historically talented and deep class of wide receivers. And the 49ers have two first-round picks — the 31st and the 13th, the latter which they acquired from the Colts by trading Pro Bowl defensive tackle DeForest Buckner. The 49ers almost certainly will use one of those two picks on a wide receiver.

With the 13th pick, the 49ers might have their choice of the top three receivers in the draft — Alabama’s Jerry Jeudy, Alabama’s Henry Ruggs III and Oklahoma’s CeeDee Lamb. At least one should be available.

Click here to read to the rest of the article.

This article has 267 Comments