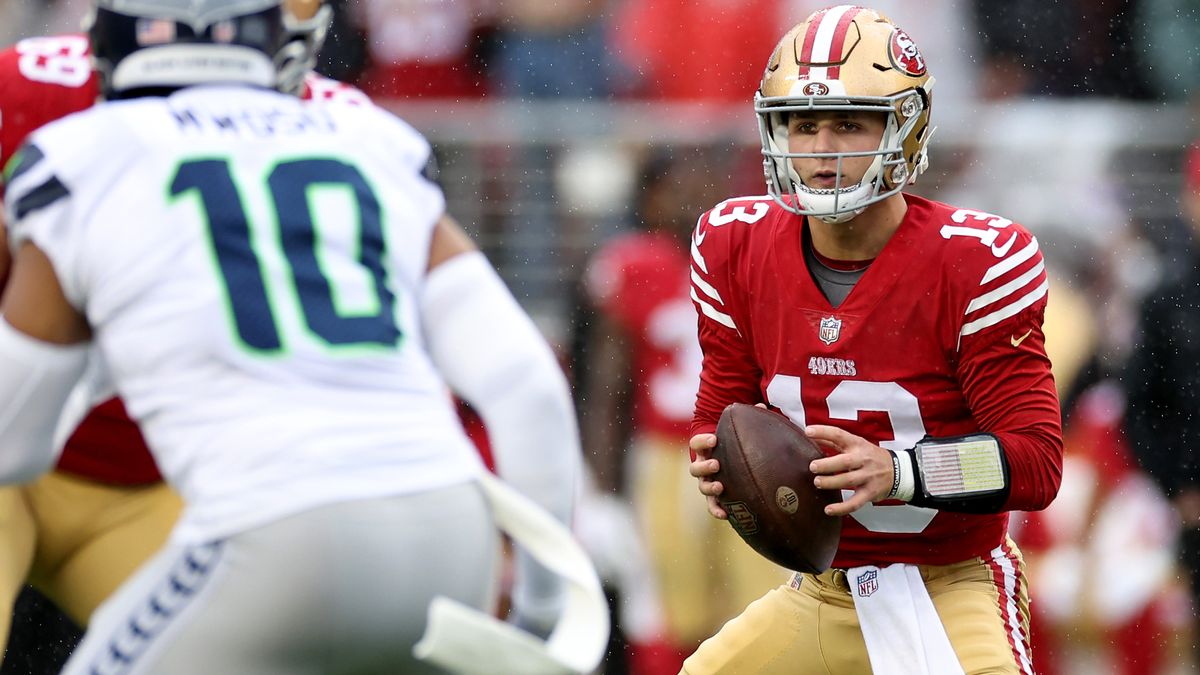 The 49ers are set to square off against the Dallas Cowboys on Sunday afternoon at Levi’s Stadium.

It is no surprise that this week’s mailbag was full of questions about the Wild Card win over Seattle and the upcoming matchup with Dallas.

Frank Guzman, @fguz78 – “Nick Bosa had zero recorded QB pressures against Seattle. Did Seattle figure out a way to limit Bosa and can we expect Dallas to use the same formula?”

Seattle didn’t do anything out of the ordinary on Saturday to limit Nick Bosa.

The Seahawks were committed to the run game in the first half, as evidenced by their 2:1 run-pass ratio. This, along with the use of play action and Geno Smith getting the ball out quickly, was all it took to keep Bosa at bay.

Expect to see more of the same from Dallas on Sunday.

Francisco Castro, @Francis38966129 – “Would you say that the biggest question for the Niners is the defensive secondary rather than the niner offense?”

The only question with the 49ers’ offense is the quarterback. Brock Purdy continues to answer the bell every week. San Francisco can beat anyone if he doesn’t turn the ball over. This week he will face a Dallas defense that forced the most turnovers in the regular season.

The biggest question this week will be the San Francisco defense. They have allowed 20 or more points in three of their last four games. Three of those are coming against teams with solid run games, something they will be up against on Sunday.

John, @BobbyZ13 – “What was it in the way the Seahawks defended the 9ers that resulted in such wide-open targets?”

Seattle was committed to stopping the 49ers’ run game, primarily when Christian McCaffrey lined up in the backfield.

On several occasions, the underneath defenders for Seattle bit on the play fake and San Francisco took advantage by running routes across the middle in the vacant area.

Black59Razor, @Black_59_Razor – “Why does Demeco Ryans send Talanoa Hufanga after the quarterback so much?”

Using Hufanaga as a rusher is a good change-up for San Francisco.

Hufanga has rushed the passer on just 37 of his 1,079 snaps this season. The second-year safety has recorded two sacks, one quarterback hit and five hurries when rushing the quarterback.

The Cowboys are better than they were a year ago.

Losing Dak Prescott in the beginning of the season may have been the best thing that happened for Dallas. That injury forced Mike McCarthy and Kellen Moore to lean more heavily on the run game to help backup quarterback Cooper Rush.

San Francisco has struggled against teams that can run well. The 49ers have allowed 99 or more rushing yards six times this season. They are 2-4 in those games and have allowed just over 24 points per game in those contests.

Dallas has also improved defensively. The Cowboys’ pass rush is second only to Philadelphia this year after being near the middle of the pack a season ago.