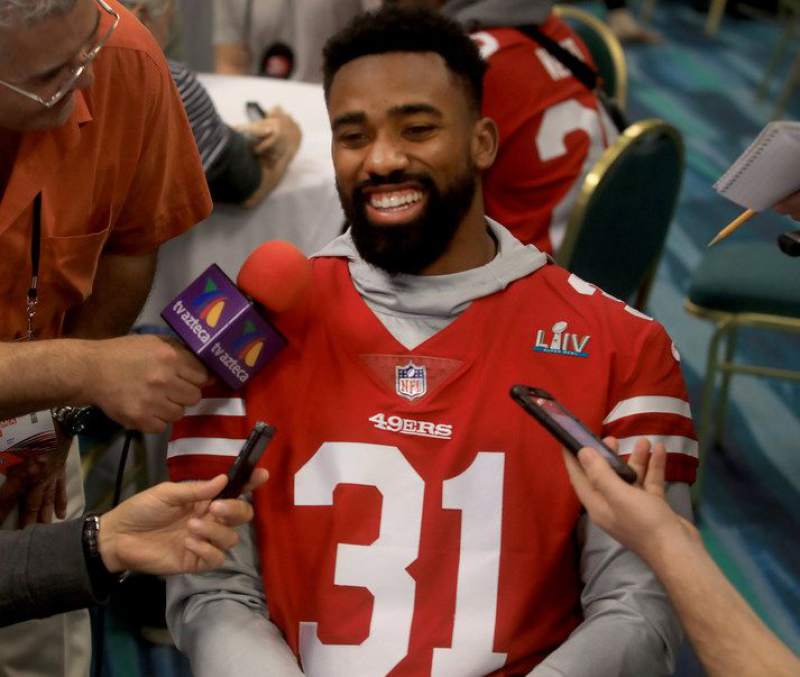 Most running backs dart around the field with short, choppy steps — think Barry Sanders, starting and stopping and starting again. Raheem Mostert doesn’t dart. He drifts at high speeds, like a surfer who cruises along a high-powered wave.

Mostert is a surfer at heart. He grew up in New Smyrna Beach, Florida — 250 miles north of Miami — and learned to surf before he learned to play running back.

“He’s got such a unique stride to him,” fullback Kyle Juszczyk said. “It’s just so smooth, something that I would picture a guy who’s good in the water would move like. He’s very deliberate. Doesn’t hesitate. He gets the ball, hits the hole and hits it fast. That’s what I love about blocking for him. He’ll never hesitate, so I really don’t have to hold my block as long as I would for a slower guy that is indecisive back there.”

Before a play starts, Mostert stands in the backfield and surveys the line of scrimmage the way he would survey the ocean for waves. “I see guys working hard and doing their part in order for the run game to open up,” Mostert said. “Then I find a hole and hit it, just like I would on a surfboard when I find that wave and ride it.”

What does Mostert think when he hits the hole?

“I’m thinking about scoring every time,” he said.

Click here to read the rest of my story.

This article has 46 Comments