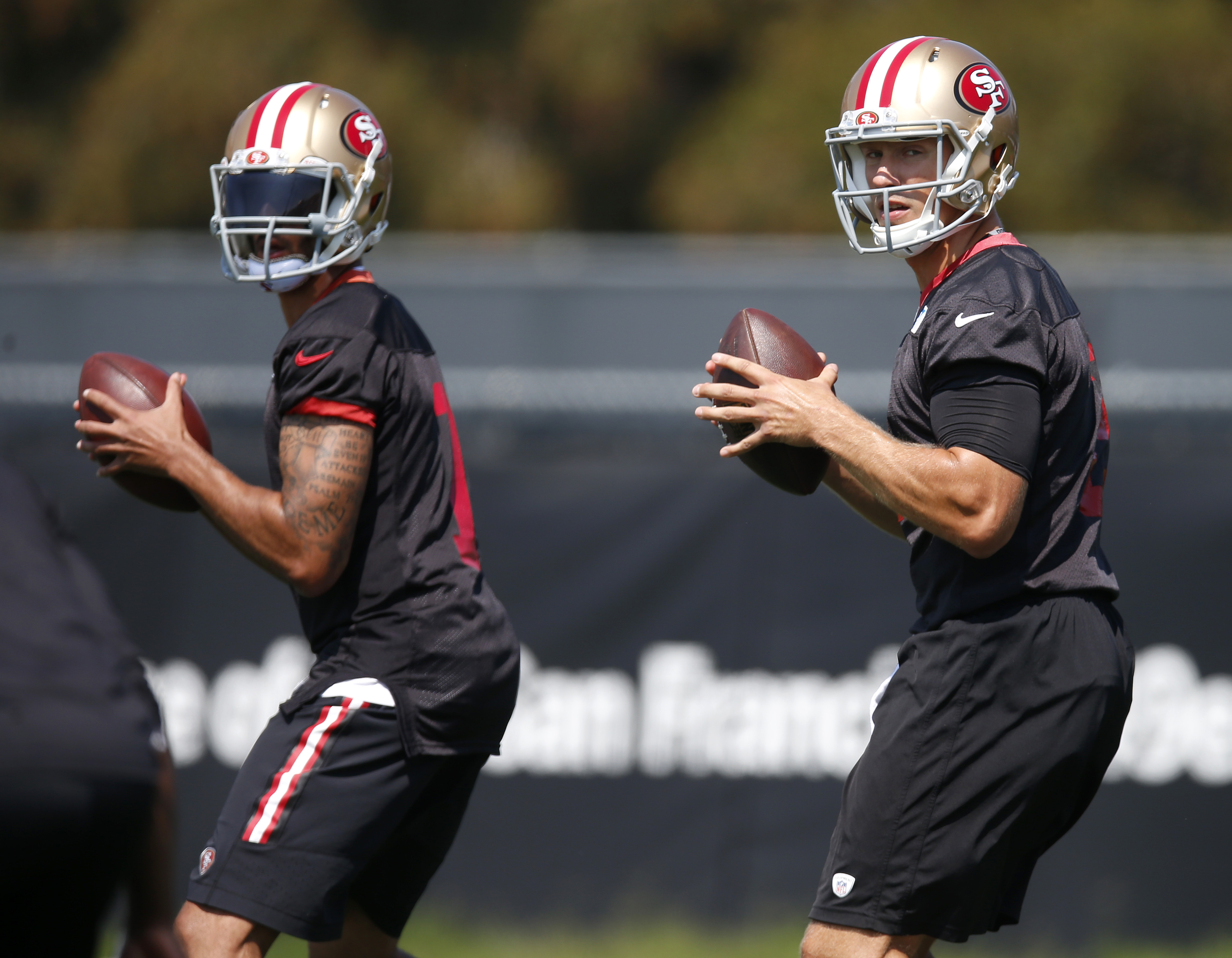 SANTA CLARA – Here’s who stood out to me during the fifth day of training camp.

1. CB Tramaine Brock. Played like a shutdown corner. Intercepted a deep pass intended for DeAndre Smelter. Pinned Smelter against the sideline and dove to the ground to pick off the throw. This was the only throw that came Brock’s way.

2. CB Kenneth Acker. Returned punts, which will increase his chances of making the final roster. Also intercepted a Thad-Lewis pass intended for Devon Cajuste during 11 on 11s. The defense was playing Cover 2 and Acker was playing a shallow zone. Cajuste ran a go route. Acker passed him off to the safety and Lewis thought Acker was out of the play. But Acker read Lewis’ eyes, quickly back-pedaled and snatched the ball out of the air.

3. WR DeAndre Smelter. Started at flanker in place of Torrey Smith who sat out team drills with an injured left knee. Caught a deep pass down the sideline after beating Jimmie Ward with a double move curl route.

4. TE Garrett Celek. Clearly the team’s go-to target in the red zone. Scored the offense’s only red-zone touchdown after running a wheel route to the front left corner of the end zone.

5. QB Jeff Driskel. Completed 5 of 8 passes during team drills (one pass was dropped). Also made the best throw of practice – a 20-yard strike over the head of cornerback Prince Charles Iworah and into the hands of Dres Anderson while rolling left.

6. QB Colin Kaepernick. Completed 11 of 17 throws and tossed two touchdown passes and no picks during team drills. The first TD pass was the throw to Celek I described above. The second TD pass went to DiAndre Campbell on third-and-goal from the 5-yard line. During that play, Kaepernick avoided the rush while keeping his eyes downfield, stepped up in the pocket and lofted a touch pass over the head of a cornerback. Beautiful.

1. CB Jimmie Ward. Overaggressive. Tried to jump routes and got burned by play action and double moves. Gave up four catches total – one to Smelter, one to Bruce Ellington and two to Quinton Patton.

2. CB Rashard Robinson. Unfocused. Gave up a catch to DiAndre Campbell because Robinson wasn’t paying attention when the center snapped the ball. Also gave up one catch to Bruce Ellington and two to Quinton Patton.

3. QB Blaine Gabbert. Threw the two worst passes of practice. The first one he forced to Campbell on third-and-10 when Campbell was triple-covered, and the pass bounced off the facemask of safety Jered Bell. The second awful pass was the deep one Brock picked off. The idea was to throw the pass toward the sideline where only the receiver, DeAndre Smelter, could catch it. But Gabbert threw the ball toward the middle of the field where only Brock could catch it. Smelter tried his best to knock it down, but never actually touched it.

This article has 174 Comments