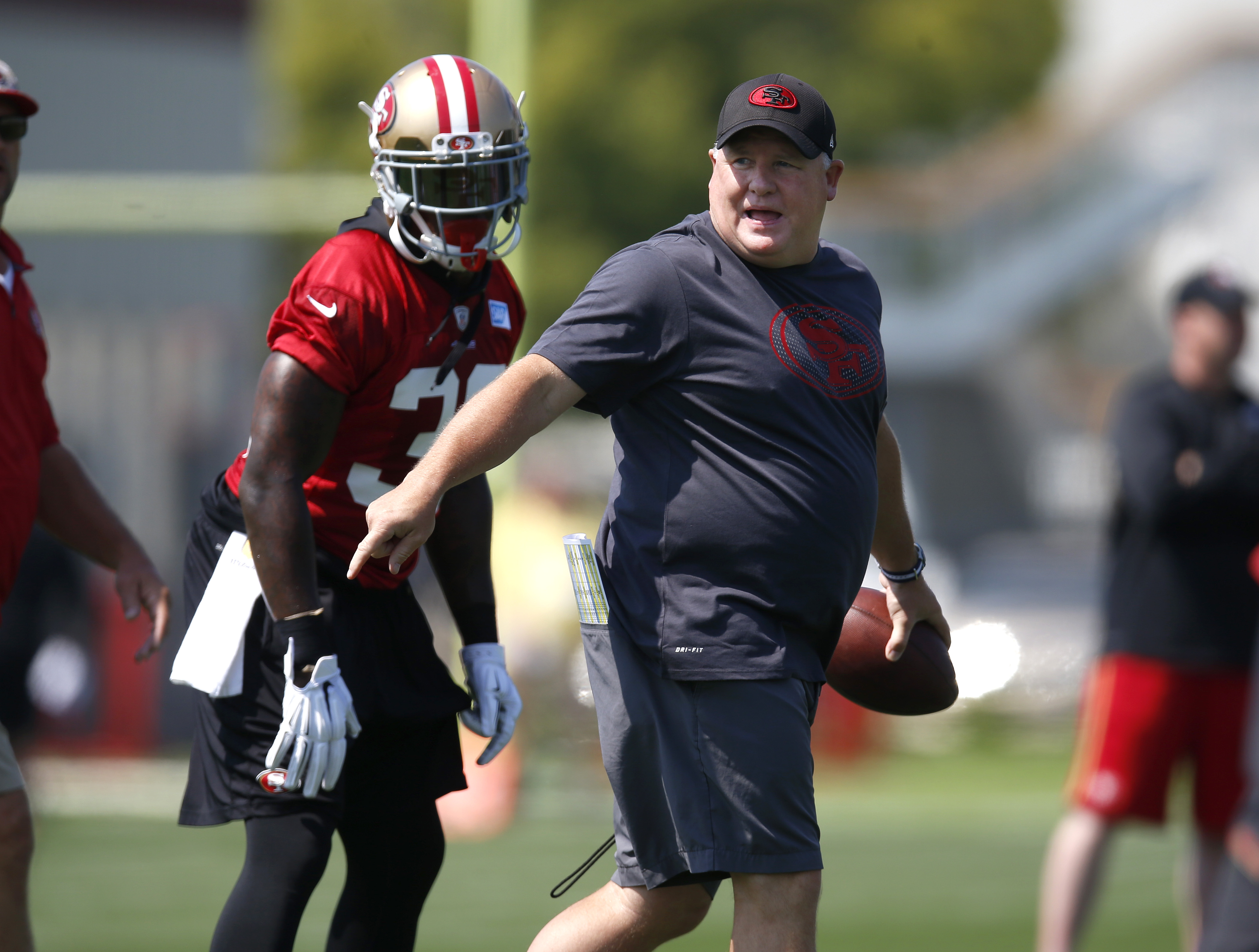 SANTA CLARA – Here’s who stood out to me during the 49ers’ sixth training-camp practice which lasted roughly an hour.

1. HC Chip Kelly. Began installing plays which feature the quarterback under center. Worked on these plays during individual drills, team drills and teach periods. Primarily ran inside zone plays, draws and play-action rollout passes from these formations. Colin Kaepernick completed a deep pass to Bruce Ellington on a play-action rollout to the right.

2. WR Quinton Patton. The best wide receiver on the field the past two days. Beat Keith Reaser with a post route for a long catch on the first play of 7 on 7s. Seems like a lock to start at split end Week 1.

3. WR DiAndre Campbell. Made a team-high four catches, including a short catch while running a curl route against Tramaine Brock. Three of the passes Campbell caught were thrown by Kaepernick. Those two have chemistry.

4. TE Vance McDonald. Made two catches, including a deep catch while running a post route against Brock. Both passes McDonald caught were thrown by Blaine Gabbert. Those two have chemistry.

6. QB Blaine Gabbert. Completed 6 of 9 passes (with one drop), including the deep pass to McDonald.

7. QB Colin Kaepernick. Completed 7 of 9 passes, including the deep pass to Ellington, as well as one to tight end Blake Bell. Bell beat nickel back Will Redmond with a post route.

1. WR DeAndre Smelter. Slow. Seems unable to get open deep or make contested catches downfield. Ran a go route against Rashard Robinson, who looked like he was jogging, and still couldn’t get in position to even touch the long pass from Gabbert. Robinson pinned Smelter against the sideline and ran him out of bounds. Smelter also dropped a short pass while running a shallow cross a few minutes later. He was wide open.

2. QB Thad Lewis. Clearly on the team for his mind, not his arm. Completed just 1 of 4 passes.

This article has 113 Comments