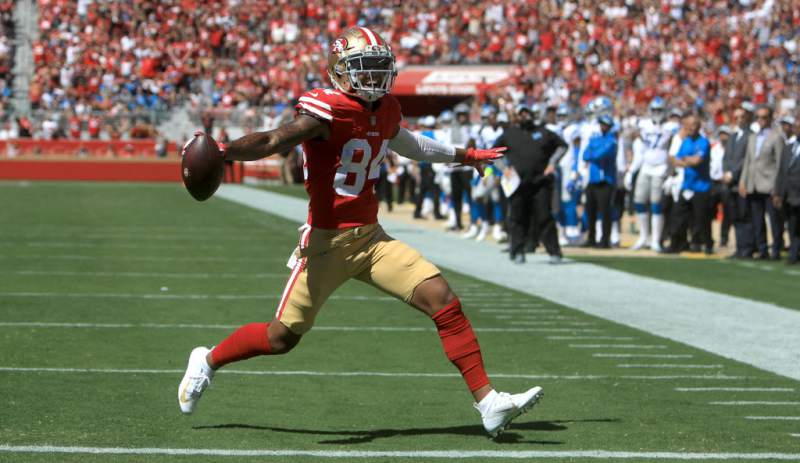 No wonder oddsmakers in Las Vegas predicted the 49ers would win only eight games.

Pettis and Goodwin flopped. The 49ers benched Pettis during camp, and then benched Goodwin after six games. Neither played at all after Week 9.

The 49ers seemed to have a debilitating weakness at a vital position, until rookie Deebo Samuel and third-year receiver Kendrick Bourne emerged midseason. Those two made Goodwin and Pettis irrelevant.

Samuel emerged as a dangerous offensive weapon who can run the ball and catch it. He finished the season with 1,190 yards from scrimmage. And Bourne emerged as the 49ers’ secret weapon. He never started a game, but caught a team-high six touchdown passes and developed a strong connection with Jimmy Garoppolo, whose passer rating when targeting Bourne was a whopping 113.7.

Bourne will be a restricted free agent in March, but the 49ers can match any contract offer he receives from another team. So he almost certainly will be on the 49ers next season.

Now they need a third wide receiver to emerge for 2020. Here are the 49ers’ options:

This article has 212 Comments