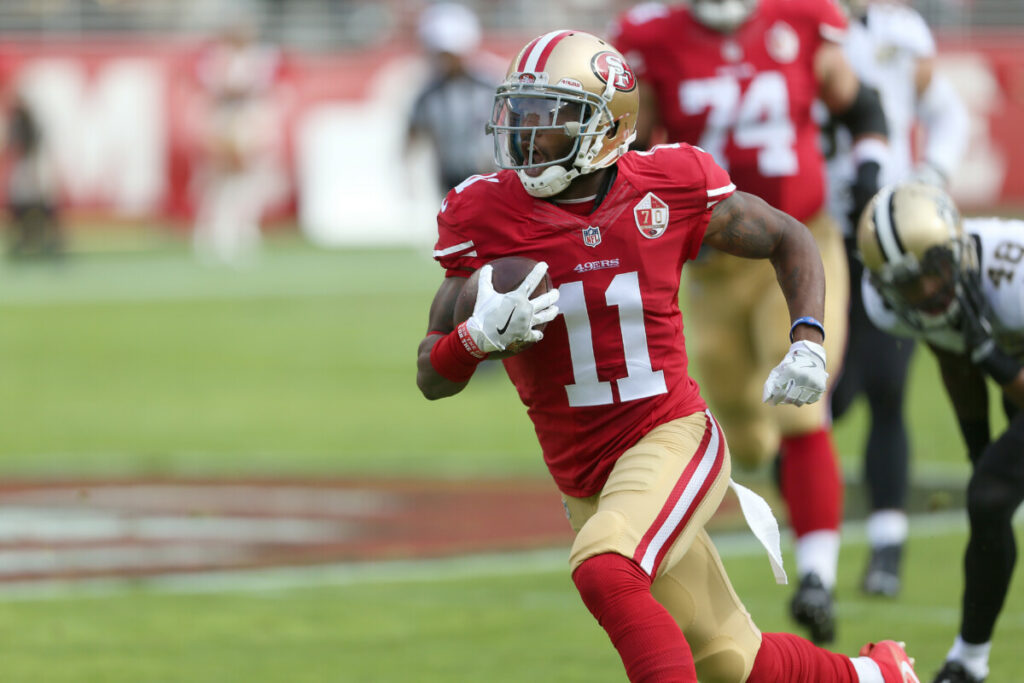 After a dominating win on Monday night over their NFC West rival Los Angeles Rams, the San Francisco 49ers (4-5) will be well positioned for a run at a wildcard berth with a win over the Jacksonville Jaguars (2-6). Here are the five questions to watch for on Sunday.

The 49ers offense is at its best when they commit to the running game. In their four victories this season they have run the ball on 56% of their plays compared to only 37% in their five losses.

Running the ball this week will take a commitment from Kyle Shanahan because it isn’t going to be easy. The Jaguars come into Sunday’s game averaging the fifth fewest yards per rushing attempt (3.9) in the NFL and San Francisco has shown they will go away from the run depending on what the defense shows them.

San Francisco will likely be without Elijah Mitchell on Sunday due to a broken finger on his right hand. If Mitchell is out, the 49ers will turn to Jeff Wilson Jr and Trey Sermon to carry the load.

Wilson made his season debut against Los Angeles, gaining 28 yards on 10 carries. Sermon has recorded only one carry since having 89 yards on 19 attempts in a week four loss to Seattle.

2. Can the 49ers take advantage of Trevor Lawrence?

For the second time this season the San Francisco defense will face off with a rookie quarterback. Justin Fields was able to find success in a losing effort, tallying 278 yards of total offense including two touchdowns three weeks ago.
Lawrence, the number one pick in this season’s draft has been asked to carry a lot of weight for the Jaguars offense having the 11th most passing attempts in the league. Lawrence has been up and down, completing at least 60% of his passes only four times while throwing more interceptions (9) than touchdowns (8).

One changeup the San Francisco defense could face is an increase in rushing attempts from Jacksonville.

The 49er’s run defense has struggled for most of the first half of this season, allowing 4.4 yards per attempt. On Sunday they could face a stiff test from a Jaguars offense led on the ground by second year back James Robinson. Jacksonville has averaged the second most yards per attempt in the NFL (5.1), but they also have the seventh fewest rushing attempts.

3. Will Jimmy Garoppolo keep it going?

Garoppolo has recorded the highest quarterback rating (109.8) in the NFL over the last three weeks and could match his career high for games with a rating over 100 with another strong performance on Sunday.

This season, Garoppolo has been better when playing on the road instead of at Levi’s Stadium. The 49ers are undefeated in Garoppolo’s three road starts and the quarterback has completed 67.5% of his pass attempts for 825 yards and a passer rating of 107.8.

While turnovers have been an issue for the 49er’s offense and Garoppolo at times this season, his lone turnover on the road came on the first snap of the season in Detroit on a botched exchange with center Alex Mack.

4. Can the 49ers offense hold on to the football?

When the San Francisco offense holds onto the football they are pretty good.

There’s no denying the 49ers have talent offensive weapons, but time after time they have shot themselves in the foot with fumbles or dropped passes.

On Monday night the offense had only their third game this year without a turnover, and there were no drops from the receivers. This played a large role in their ability to have two touchdown drives of 90+ yards in the same game for the second time this season, their week two victory in Philadelphia being the other.

Fortunately for the 49ers, they will be facing a Jacksonville defense that has not done a good job of getting turnovers. The Jaguars have forced only five turnovers on the season and three of those came during their 9-6 upset of the Buffalo Bills.

Jimmy Garoppolo was hit only one time on Monday night. The 49ers offensive line will be looking to duplicate that effort Sunday; however, Jacksonville has a pair of defensive ends that won’t make it easy for them.

Allen, taken five spots after Nick Bosa in the 2019 draft, mostly lines up on the right side of the Jaguars defense. This means Trent Williams, the 49ers best offensive lineman will be matched up with Allen, a matchup that should favor San Francisco.

On the other side things are a little cloudy. Rookie Jaylon Moore made the start at right tackle last week but was forced to leave early with a knee injury and was replaced by Tom Compton. According to Kyle Shanahan, both are options to start Sunday. Whoever gets the call will have a tough task in keeping Smoot off the quarterback and getting him off the ball on running plays.

This article has 2 Comments