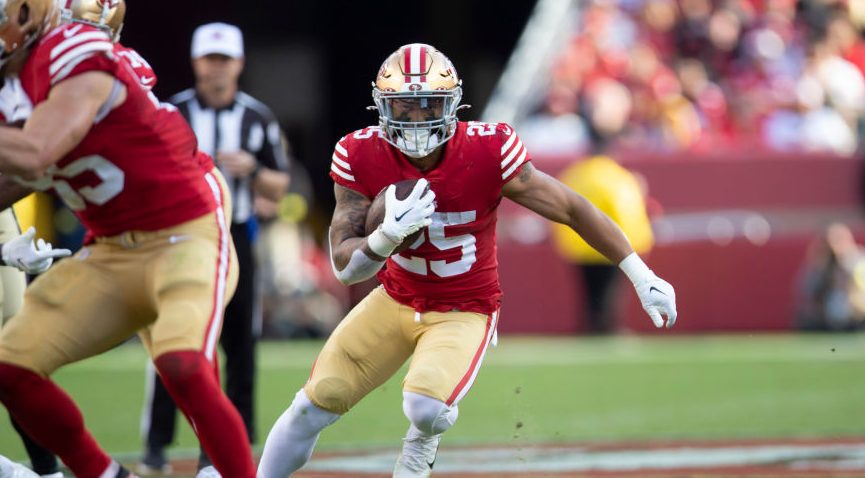 The San Francisco 49ers will look to earn the top seed in the NFC Playoffs when they face the Arizona Cardinals on Sunday at Levi’s Stadium in Santa Clara.

San Francisco currently holds the second seed and a win coupled with a loss by Philadelphia to the New York Giants would give them home field advantage and a bye in the first round of the playoffs. The 49ers also need to be aware of what takes place in Minnesota earlier in the day. A Vikings win over the Chicago Bears would mean the 49ers must win to stay at two.

The Cardinals has lost eight of their last nine games including six in a row. Over the course of their six-game losing streak they have managed more than 19 points just once.

Sunday will also mark the final game for J.J. Watt. Over the course of his twelve-year career Watt was a first team All Pro five times. Watt has recorded 10.5 sacks this season, his most since 2018.

Here are five things to watch for during the game on Sunday afternoon.

1.) Will the 49ers defense struggle against another unknown quarterback?

The 49ers defense had a rough game against Jarrett Stidham last week, a player they knew little about. Making his first start as a Raider, Stidham finished 23-34, 365 yards, three touchdowns and two interceptions. Stidham also ran the ball seven time for 34 yards.

Next up for San Francisco is David Blough.

Blough has made six career NFL starts. His first five came with Detroit in 2019 and he made his first start for Arizona last week. In the Cardinals 20-19 loss to Atlanta, Blough finished 24-40, 222 yards and one touchdown.

Blough will be without several of Arizona’s top weapons. Wide receivers DeAndre Hopkins and Robby Anderson missed practice on Wednesday and Thursday and are unlikely to play. Same with top running back James Connor.

Nick Bosa leads the NFL in sacks with 17.5. With two more on Sunday, he can tie Aldon Smith for the most in franchise history.

Bosa also leads the NFL with 47 quarterback hits. If he can register at least three against Arizona, he will become the second player since 2006 to register 50 or more quarterback hits in a season.

In the first meeting between the NFC West rivals earlier this season in Mexico City, Bosa finished with a sack and four hits on Colt McCoy.

3.) A strong finish for Brock Purdy?

Brock Purdy has answered every question about his ability to lead the 49ers offense since taking over against Miami. His performance while leading San Francisco back from a ten-point second half deficit last week in Las Vegas being the latest box he’s checked off.

Sunday provides the final opportunity for the rookie quarterback to gain valuable snaps before the start of the postseason.

2022 has been a career year for Brandon Aiyuk. The third-year wide receiver has eight touchdown receptions and needs 44-yards on Sunday to hit 1,000 in a season for the first time.

Aiyuk had only two catches for 20 yards the first time these two teams met this season. Arizona will not have Budda Baker on Sunday. Arizona placed the safety on injured reserve with a fractured shoulder following their loss to Tampa Bay on Christmas.

5.) How long will the starters play?

Resting starters has not been something Kyle Shanahan has said he will do. How long they play is another story and will likely depend on the outcome of Minnesota’s game in the morning and how the Eagles game with New York is progressing.

Elijah Mitchell is expected to return on Sunday. Mitchell has not played since suffering his second knee injury of the season against New Orleans in week 12. Although he carried the ball 18 times earlier this season when returning from injury it is likely Mitchell will have his touches limited this time around.

Deebo Samuel has been practicing all week and appears headed towards making a return on Sunday. As with Mithcell, expect to see his touches limited as well.

This article has 11 Comments