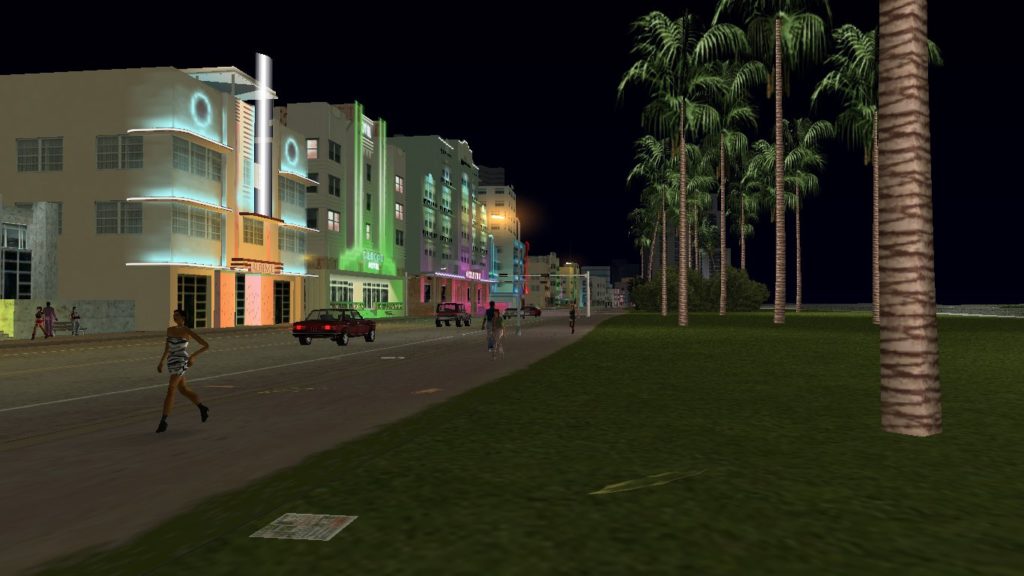 Just landed in Miami for the Super Bowl. Never been here, but I feel like I have because I played Grand Theft Auto: Vice City in high school.

Took a Lyft to South Beach Monday morning to pick up my credential, and the driver was playing Waiting For A Girl Like You by Foreigner. Used to hear that song in Vice City when I would steal a car and the radio was tuned to Emotion 98.3. Just goes to show how much people love ’80s pop tunes in Miami.

Picked up my credential and checked Foursquare for a place to eat. Most people use Yelp, but I don’t like that app. It’s a bunch of one-star and five-star reviews from people who were too excited or too mad about their experience. Yelp shows what people THINK they like or don’t like. Foursquare shows what people REALLY like, because it spies on you and tracks which places get the most return customers.

Foursquare recommended a place called La Sandwicherie, gave it a 9.2 rating of 10. It’s a hole-in-the-wall Italian sandwich joint run by French people. Exactly what you would expect to eat in Miami. Forty people were standing outside eating sandwiches. My sandwich had ham, salami, prosciutto, provolone, lettuce, onions, green peppers, jalapenos, black olives, cucumbers, cornichons and French Vinaigrette. As Ferris Bueller would say, it was so choice.

Walked to the beach. Didn’t expect to see such cute, little waves. They were six inches high. Adorable.

Took a Lyft home and asked the driver, a Puerto Rican lady, where I should visit while I’m here. She mentioned different “Icelands” that were pretty. Huh? I only know one Iceland. Eventually, I realized she meant “islands,” and smiled. I like her version. It’s charming and phonetic. I probably won’t make it to any Icelands, though. I don’t have a car.

Took a bus to downtown Miami for the 49ers’ media availability. Downtown Miami almost looks like San Francisco — all those big buildings on the water. And there’s a river. I like a good river.

Took a shuttle home. Wrote an article, recorded a podcast with my dad and filmed a video for YouTube. Finished working around 11:00 p.m. Consulted my brother, a food connoisseur, about where to eat. He recommended Versailles in Little Havana. Foursquare recommended it, too. Gave it a 9.2. I only eat at 9s and up.

My hotel doesn’t offer shuttle service to Versailles, unfortunately. And I definitely didn’t want to purchase two Lyft rides just to get a $7 Cuban sandwich. So I walked two miles at midnight through Little Havana. Passed by a CVS y mas! Arrived at Versailles. Ordered the Cuban sandwich. Best I’ve ever had. 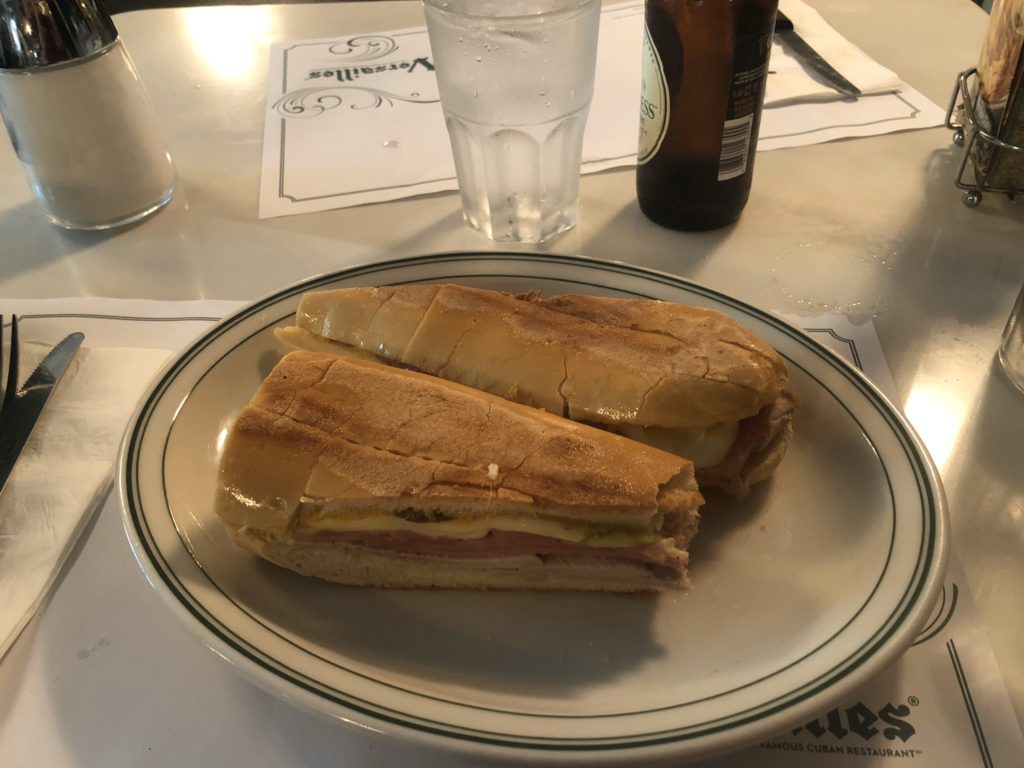 Also ordered a glass of Ribera Del Duero, which was delightful.

Then I walked two miles home.

I love Miami. It doesn’t feel like the United States. It feels like an Iceland in the Caribbean. So many people don’t speak English. When I speak English, I often get looks like, “Dude, where do you think you are?” So cool. Makes me want to improve my Spanish.

Heading to the hotel bar for a burger. Promised my wife I wouldn’t walk through Little Havana at night anymore. I don’t know what the big deal is. I’ll have more adventures tomorrow.

This article has 20 Comments