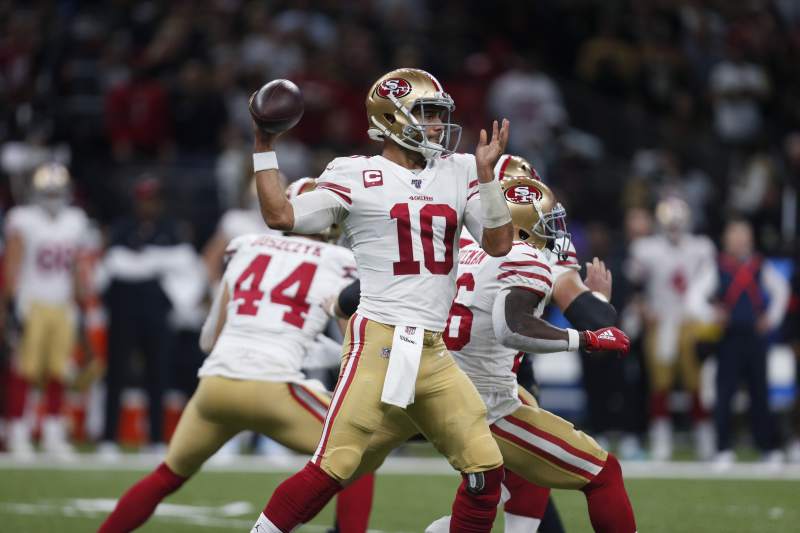 Jimmy Garoppolo is on the hot seat. This should have been obvious to anyone paying attention.

On Monday, MMQB.com reported that “there’s been perception in league circles that Jimmy Garoppolo is on the clock, because Kirk Cousins is a free agent in 2021.” Meaning if Garoppolo doesn’t improve, the 49ers could cut him or trade him and sign Cousins in 2021. This is a decidedly realistic scenario.

Kyle Shanahan coached Cousins from 2012 to 2013 when Shanahan was the offensive coordinator for the Washington Redskins. And Shanahan planned to sign Cousins in 2018 before John Lynch traded for Garoppolo in 2017. Apparently, Shanahan still loves Cousins and may not be sold on Garoppolo.

Garoppolo has received an outpouring of support from local media and fans following his fourth-quarter collapse in the Super Bowl. They often point to his terrific numbers from the regular season — his first season as a full-time starter, and his first season back from a torn ACL. But Garoppolo’s stats probably say more about Shanahan’s offensive scheme than Garoppolo’s ability — lots of Garoppolo’s passes were to wide-open receivers.

Plus, Shanahan doesn’t care about stats. He said so.

“I don’t just look at their completion percentage, how many touchdowns did they have, what’s their quarterback rating, what’s their win-loss record,” Shanahan said in 2017. “I watch every play individually and see what they are capable of doing based on the 10 guys around them. I very rarely even know their stats.”

Garoppolo’s future with the 49ers has little to do with his regular-season numbers. His future depends solely on Shanahan’s belief and trust in him, because Shanahan is the most powerful person in the 49ers’ organization. And Shanahan doesn’t seem to trust Garoppolo. All the evidence suggests this.

This article has 271 Comments