The 49ers just made their biggest signing so far this offseason. 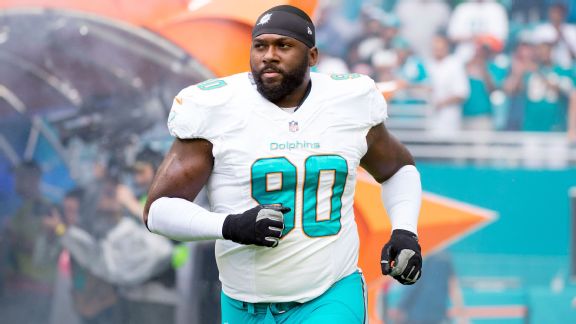 DT Earl Mitchell to the Niners on a four-year deal worth $16m with $5.5m in year one, source says.

Here’s a statement from 49ers’ GM John Lynch: “As soon as Earl hit the open market, he became a priority for us to sign. A man of high character, he represents everything we want to be as a football team. Earl is a tone-setter who plays the game with a tremendous passion and the effort necessary to win in this league. We believe those qualities are contagious and will help to make our team stronger. We look forward to the impact Earl will have on the field, in the locker room and in our community.”

Mitchell (6-3, 310 lbs.) was a third-round pick in 2010 who played under 49ers defensive line coach,  Jeff Zgonina, when Zgonina was an assistant defensive line coach for the Texans in 2013. Mitchell is a run-stuffer who most likely will replace free agent Glenn Dorsey as the 49ers’ starting nose tackle in their base 4-3 over defense.

Here is the 49ers’ projected D-line:

What do you think of this group?

This article has 289 Comments