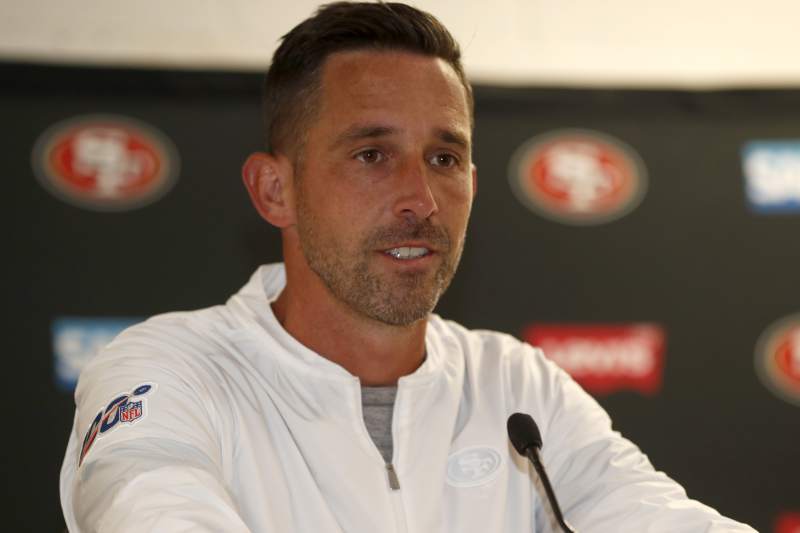 We see his alter ego — “Kyle.” First name only. That’s what he presents to the media. Kyle is chill, low-key, soft spoken. Your buddy. He wears sweatpants and never shaves. Looks like a college student who rolled out of bed and went to his 8 a.m. class in pajamas.

That’s not the real Kyle Shanahan.

When he’s around the 49ers, he flips a switch. He pulls a Keyser Soze, the mysterious character in the film “The Usual Suspects.” One minute, he’s an innocent bystander. The next minute, he’s the ruthless, foul-mouthed mastermind of the whole, deadly operation.

49ers defensive coordinator Robert Saleh let Shanahan’s secret slip during Super Bowl media day. A British reporter had asked Saleh if he and Shanahan complement each other “in a yin-and-yang sort of way,” because Shanahan is so laid back and Saleh screams and jumps during games.

Saleh had to set the record straight. “You know, he’s a lot more intense than I am,” Saleh said of Shanahan. “He hides it better than I do.”

The British reporter had the yin-and-yang relationship backward. Saleh is the laid-back one. He has such a calm demeanor, Shanahan calls him Gandhi.

No one ever would call Shanahan Gandhi. He says, “F—” too much.