The 49ers return to the practice field after taking most of last week off for their bye. Before the second half gets rolling later this week, let’s hand out the midseason awards for the offense and defense.

San Francisco’s offense struggled with penalties and dropped passes throughout the first half. Those issues are a bit reason why the Niners offense ranks only 19th in points scored.

Brandon Aiyuk was the most consistent performer on the 49ers offense over the first eight games.

Whether he was hauling in on of his team high four touchdown receptions or knocking a linebacker to the ground on a run block, Aiyuk has elevated his game.

Kyle Shanahan’s tough love approach with Aiyuk is paying off. The third year wideout is on pace to set a career high in receiving yards and touchdowns. 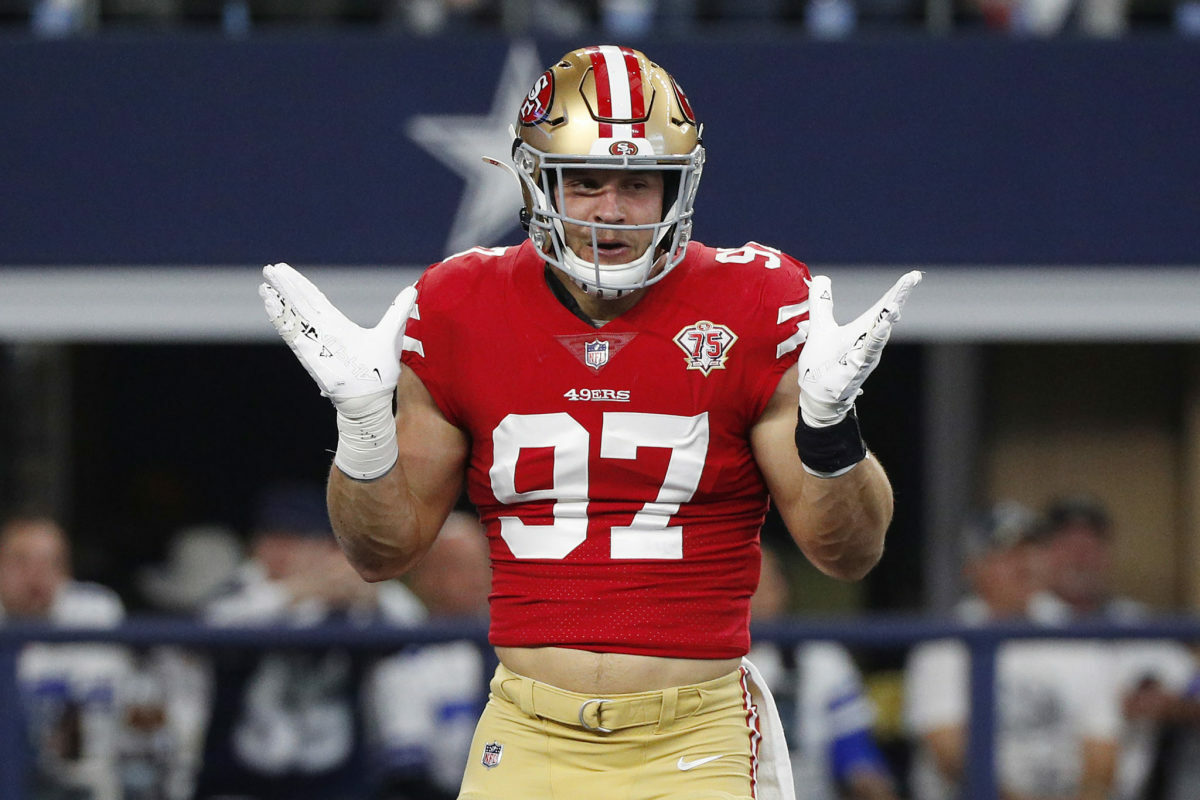 Despite missing a game and a half due to injury, Bosa is second in the NFL with 8.5 sacks.

Even if he doesn’t record a sack, you constantly see Bosa around the quarterback. The two-time Pro Bowler recorded 20 quarterback hits through the first six and a half games.

Selected in the second round of the 2021 draft, many were unimpressed when Banks was unable to crack the starting lineup. Never mind he injured his shoulder in the preseason opener last season and was being asked to switch from the left to right side.

Fully healed and back at left guard, Banks has looked every bit as dominant as he did during his time at Notre Dame.

Talanoa Hufanga has made the 49ers front office look smart for moving on from Jaquiski Tartt.

The second-year pro has made the transition from role player to starter appear seamless. His three interceptions over the first eight weeks are more than any 49ers safety since Antoine Bethea recorded four in 2014.

Hufanga flies around the field with abandon. In addition to the interceptions he is third among 49ers defenders in tackles and leads non-defensive linemen with five tackles for loss. 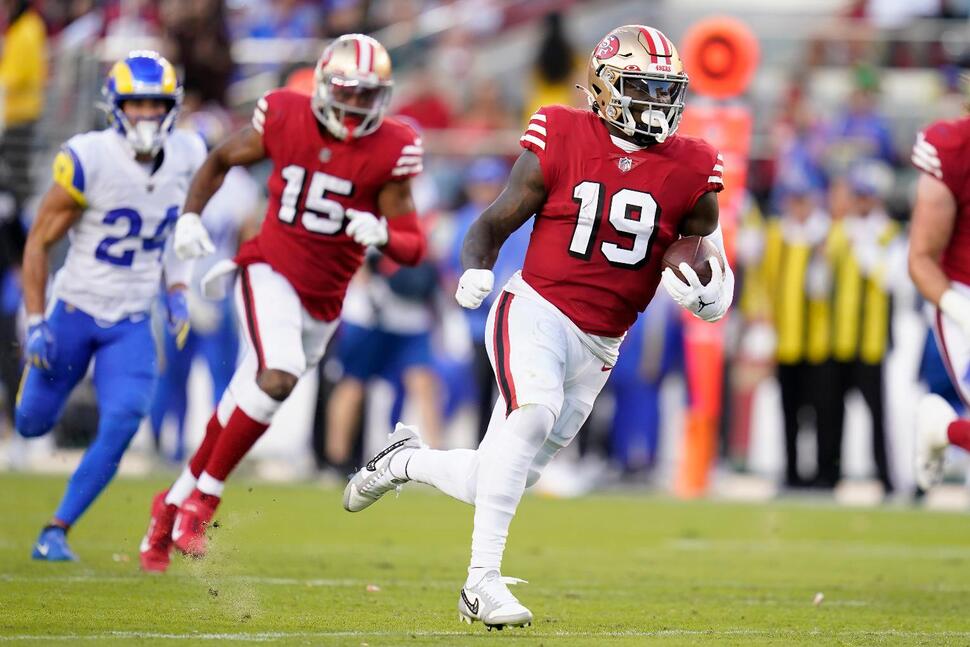 No 49ers offensive player has seen their production drop off to the extent of Deebo Samuel this season.

Samuel spent the offseason in a contract dispute, missed the beginning of training camp, and has not consistently looked like the weapon he was a season ago.

There has also been a significant drop in Samuel’s yard per reception this season. After averaging 18.2 yards per catch last year, Samuel has averaged 12.1 in 2022.

The disappointment around Javon Kinlaw and Arik Armstead has nothing to do with their performance. Both were solid in the middle of San Francisco’s defensive line.

Kinlaw and Armstead land as the most disappointing defensive players due to their inability to stay healthy.

After undergoing reconstructive surgery on his knee during the offseason, hopes were high that Kinlaw’s injury concerns were behind him. He played 102 defensive snaps over the first three weeks before needing to go in injured reserve.

The earliest Kinlaw would be able to return to action is after this week’s game against the Chargers.

Armstead suffered a foot injury against Seattle which forced him to miss the week three matchup in Denver. He returned to action the following week against Los Angeles only to suffer an ankle injury.

San Francisco hopes Armstead will return after the bye week; however he was not on the field with the team during Monday’s brief workout.

This article has 12 Comments