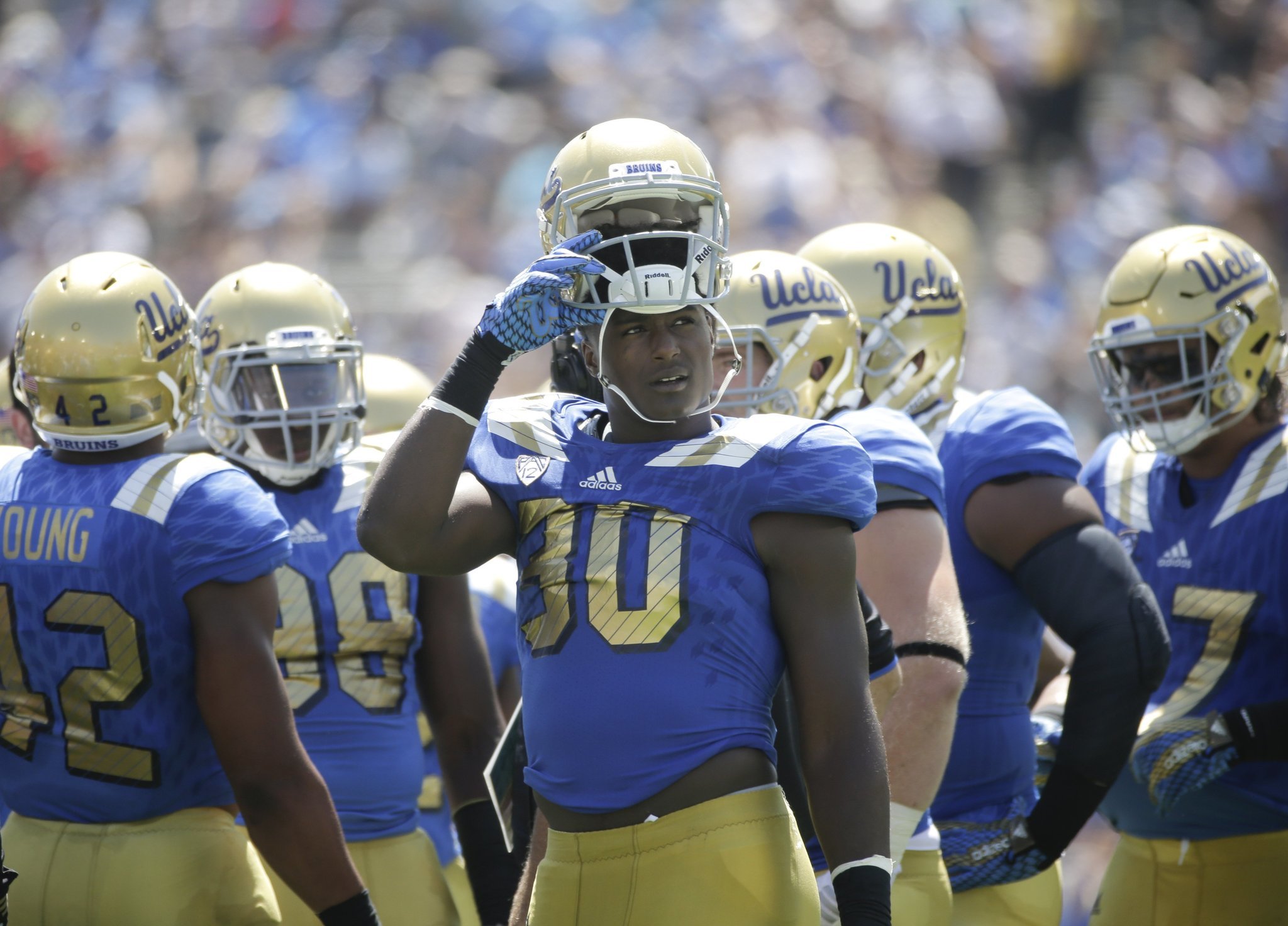 Here’s my first attempt at a full first-round mock draft.

Best defensive player in the draft. Replaces Karlos Dansby at inside linebacker.

The draft’s most athletic defensive back other than Ramsey.

No pressure to win next season, so the Niners take a quarterback in Round 1.

Becomes the weak-side linebacker in the Giants’ 4-3 defense.

Replaces Matt Forte, who signed with the New York Jets.

Upgrades the Saints’ pass rush and run defense, both of which ranked 31st in the NFL last season.

Fills a hole a left cornerback.

Can’t compete in the NFC West without a quarterback.

Matthew Stafford was sacked 89 times the past two seasons.

Plays outside linebacker in the base defense and defensive end in the nickel defense.

Fills a giant hole at guard.

The Bills ranked 25th in yards per rush allowed last season, and their leading tackler was a safety.

Lets the Jets to forget about Ryan Fitzpatrick.

Solidifies the middle of Washington’s defense.

Gives recently-signed quarterback Brock Osweiler someone to throw to other than DeAndre Hopkins.

Helps replace Marvin Jones and Mohammed Sanu, who signed with the Lions and Falcons, respectively.

Fills a hole a right cornerback.

Replaces Russell Okung, who signed with the Denver Broncos.

Replaces Sean Smith, who signed with the Raiders.

Replaces Dan Smith, who signed with the Raiders in 2015.

This article has 191 Comments