It’s always about the money.

Shortly after news broke about Deebo Samuel requesting a trade from the 49ers, reports about the receiver’s motivation began to come out.

We heard NFL Network’s Ian Rapoport say it was about Samuel’s usage. Adam Schefter of ESPN said it was about location.

Neither of those issues would exist if the money were right.

Here is the deal San Francisco should offer to Deebo Samuel. It’s 5 years, $150 million. This deal includes $62.5 million guaranteed at signing with $82.165 million guaranteed, making Samuel the highest-paid wide receiver in the league. 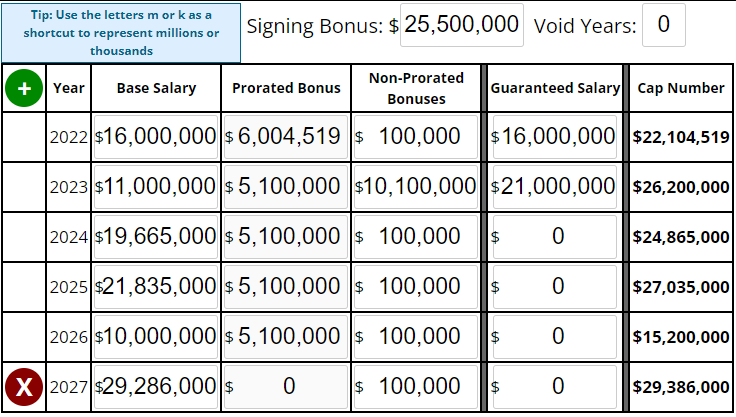 This deal and releasing Jimmy Garoppolo once he can pass a physical or trading the quarterback would create $9,079,752 in cap space, enough to sign their 2022 draft class.

Here are the details: