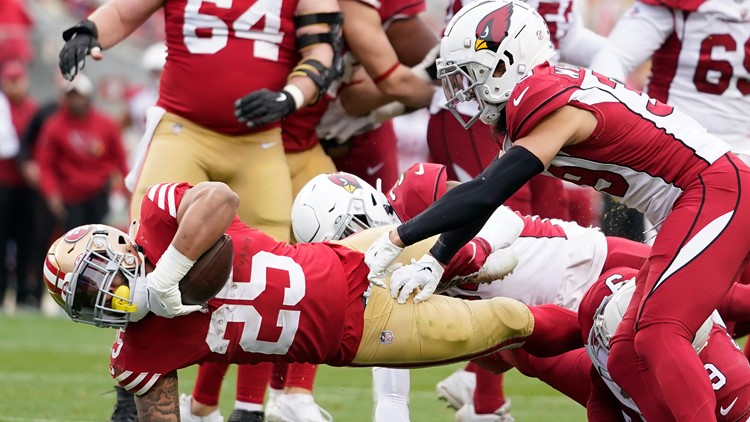 The San Francisco 49ers blasted the Arizona Cardinals 38-13 on Sunday at Levi’s Stadium in Santa Clara.

With the victory San Francisco (13-4) locked up the second seed in the NFC. They will host either Seattle or Green Bay in the first round of the playoffs.

Arizona (4-13) struck first when David Blough hit A.J. Green with a 77-yard touchdown strike on the second play of the game.

San Francisco responded with a quick 6 play drive, going 75 yards, and taking the lead on a touchdown pass from Brock Purdy to Christian McCaffrey.

Despite uneven play from the offense over the next three possessions the 49ers would hold on to the lead the rest of the way. Three forced turnovers by the defense helped San Francisco turn a 14-13 lead into a rout by the end of the third quarter.

Here are the answers to the five questions I asked prior to the game.

1.) Will the 49ers defense struggle against another unknown quarterback? NO

It looked like it could be another long day for the 49ers defense when David Blough connected with A.J. Green for a 77-yard touchdown on the Cardinals second play of the game. From that point on the 49ers defense did a solid job, allowing only 100 yards over the next 44 minutes.

Blough threw a pair of interceptions to 49ers safety Tashaun Gipson and fumbled the ball away after a sack by Jordan Willis. The turnovers led to 17 points for the 49ers. Blough was removed from the game following the fumble due to a concussion.

Over the last three weeks the 49ers have scored 29 points following turnovers by the opposing quarterback. That is complementary football at its finest. 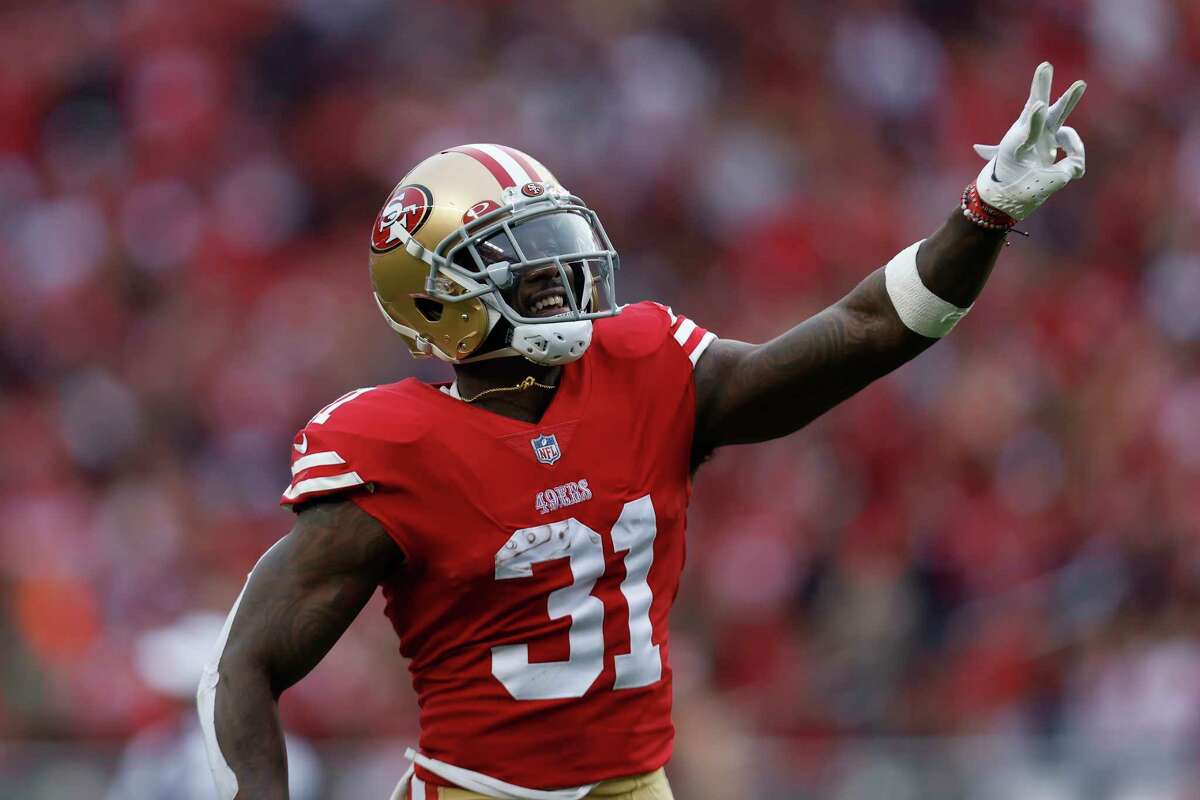 2.) A record setting day for Nick Bosa? NO

Bosa was able to get to the quarterback one time before being taken out of the game following the third quarter.

Despite missing out on the record, Bosa finishes the regular season with a career high 18.5 sacks and 48 quarterback hits.

Purdy opened the game hitting his first three attempts for 53 yards, finishing the possession with a 21-yard screen to Christian McCaffrey that the back took in for the score.

The rookie hit George Kittle for a pair of scores as well. Purdy and Kittle have connected for seven touchdowns over the last four weeks.

Aiyuk came into the game needing 44-yards to reach 1,000. He had three receptions for 39 yards in the first half.

On the opening play of the second half Brock Purdy hit Aiyuk over the middle off play action for 20 yards giving the third-year wide receiver 1,015 yards.. His 59 yards led all 49ers receivers.

In addition to going over 1,000 yards for the first time in his career, Aiyuk had a career high eight touchdown catches.

5.) How long will the starters play? About three quarters

With only 46 players active on game day, it is tough to pull all of the starters out, but the 49ers were able to pull a number of players after the third quarter.

Getting his first game action since November 27, Elijah Mitchell finished as San Francisco’s leading rusher with 55 yards on five carries and a pair of touchdown runs. Mitchell had a 37-yard burst around the right side on a screen which was ruled as a rush when Purdy’s pass went backwards.

Deebo Samuel returned as well, finishing with two catches for 20 yards and one carry for four yards. It was Samuel’s first action since being injured late in the second quarter against Tampa Bay on December 11.

Christian McCaffrey had been questionable heading into the game. He finished with 79 yards and a receiving touchdown on 13 total touches.

This article has 22 Comments