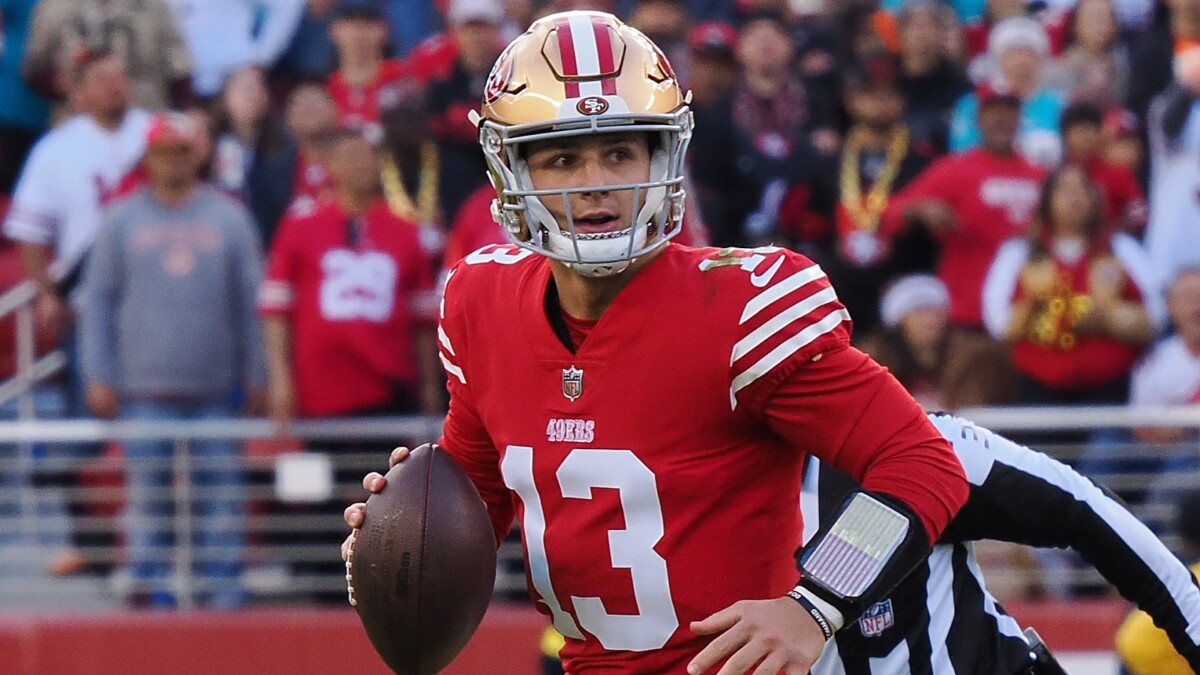 The 49ers held their second practice Wednesday afternoon as they prepare to face the Seattle Seahawks in the opening game of Super Wild Card weekend. Here is what stood out.

A light drizzle at the beginning of practice turned into hard rain with wind making it come down sideways. Considering forecasts call for over half an inch of rain to hit Santa Clara on Saturday this should help the team prepare for what’s to come.

Purdy has been terrific over the last six games, checking off questions every week. His next challenge, manage the game in poor weather conditions.

Based on how Purdy threw the ball in the wind and rain today the impact of weather should be minimal.

The wet football did not appear to bother Purdy. The rookie quarterback was able to accurately make all the throws. Most importantly he was putting the ball on the body of his receivers, making it easier for them to hold on to it.

After dealing with injuries throughout the regular season San Francisco is healthy for the start of what they hope will be a long playoff run. Emmanuel Moseley is the only week one starter who will not be available to the 49ers.

Aaron Banks returned to practice yesterday. The left guard appeared to be moving well during today’s practice as he returns from a knee injury sustained against Washington on December 24.

Kevin Givens has returned to practice in full. The defensive tackle has not played since suffering a knee injury on December 11 against Tampa Bay. A solid part of the 49ers interior defensive line rotation, Givens has recorded 20 tackles with seven for loss and two sacks this season.

This article has 27 Comments