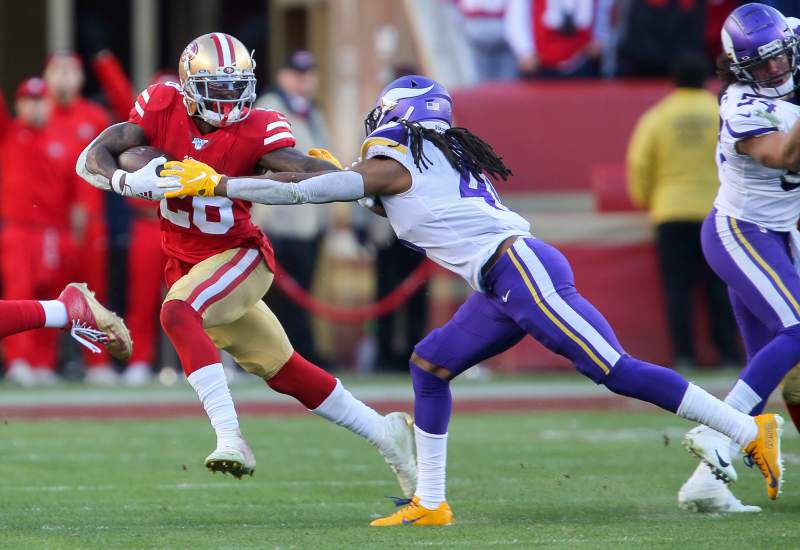 Someone has to go.

It’s the best group of running backs in the NFL but it can’t stay together any longer. The 49ers must give one running back the boot.

They can’t keep five on their roster next season — they can keep just four. That’s how many running backs the 49ers carried on their roster each of the past two seasons.

“And we’ve needed all four,” head coach Kyle Shanahan said this week at the NFL Scouting Combine. “It’s something that I used to look at as a luxury. Now I’m almost feeling like it’s a necessity.”

And a fifth running back is an extravagance almost no team can afford, considering teams can keep just 53 players, and only one running back can play at a time, plus a fullback, of course.

One of the following running backs will be the odd man out:

This article has 183 Comments