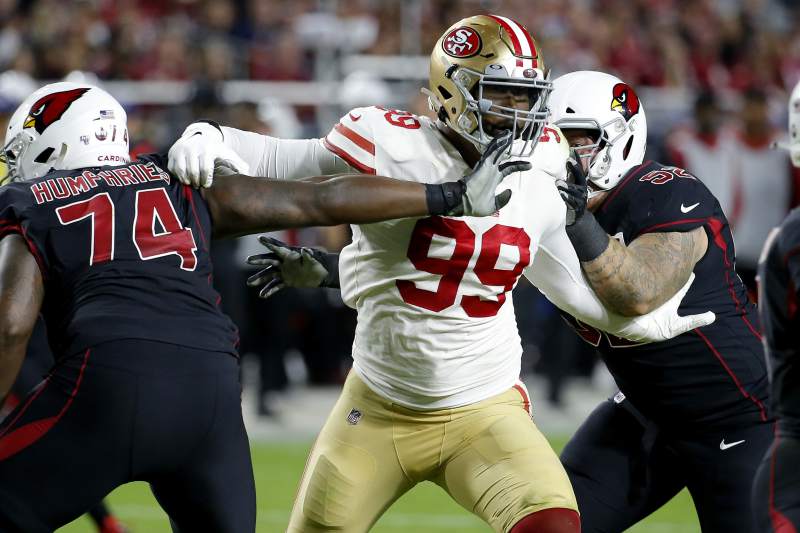 They had to get worse. They had no choice.

The 49ers couldn’t re-sign both DeForest Buckner and Arik Armstead — not enough cap space. And the 49ers knew trading either one would hurt the team. What a tremendously difficult position to be in.

After careful consideration, the 49ers decided to trade Buckner, not Armstead, even though Buckner is better and they know it.

And in 2018, Buckner won the Len Eshmont Award, which teammates give to the 49ers’ most inspirational player. That season, he recorded 12 sacks and went to the Pro Bowl.

Despite Armstead’s history of underperforming, the 49ers believed they’d be worse off trading him than Buckner. That’s because Buckner is more expensive.

This article has 166 Comments