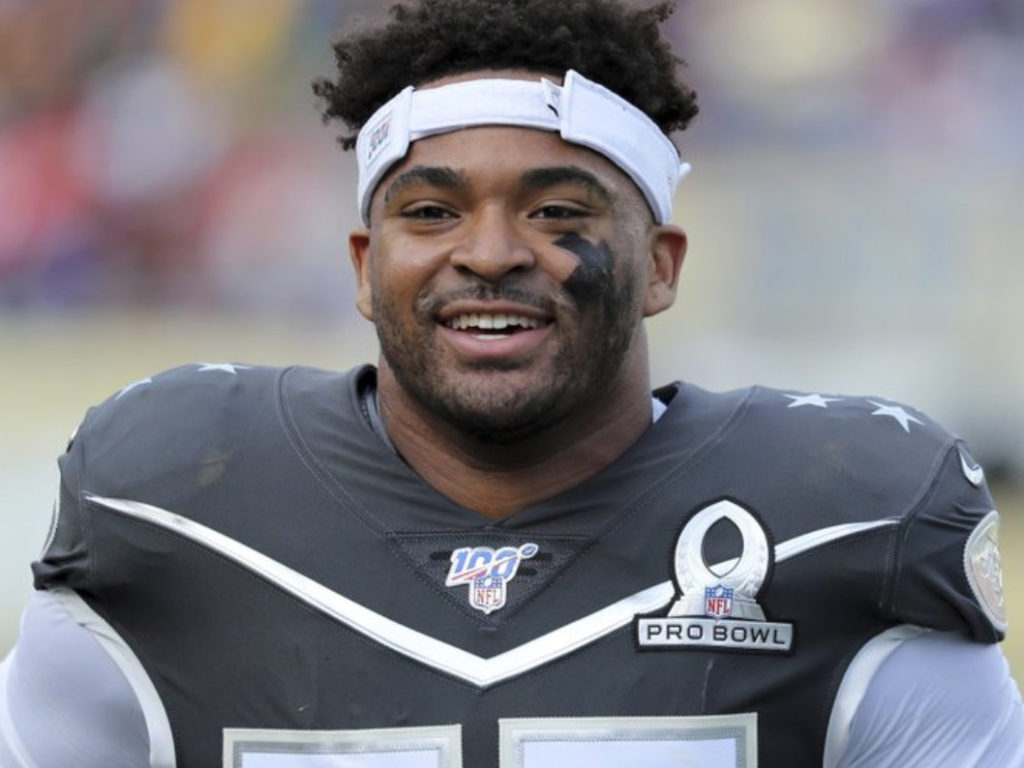 We would be remiss if we didn’t put the final nail in the coffin that is the story of the Jamal Adams trade. In the telling, the 49ers would have acquired Adams, the disgruntled, but gifted, Jets safety.

The story seemed to come up weekly, with assorted denials and confirmations. And now that Seattle has traded for Adams, surely it is finally dead, right?

Not so fast. ESPN reporter Jeremy Fowler is saying there were three teams in the bidding — the Seahawks, the Cowboys, and the 49ers.

So there was something to the rumors. The only question left is: did the 49ers miss an opportunity or dodge a bullet?

The missing-an-opportunity case is easy to make. How many safeties have the 49ers put on the field in the last four years? The correct answer is . . . a lot. (Although granted, some of that was because of injury.) Adams would be an upgrade for any team. And if he plays up to his All Pro stature, San Francisco will get two Seattle games a year to regret missing out.

On the other hand, look at what the Seahawks gave up. Two first round draft picks (next year and 2022) and a third rounder in 2021. That’s a lot. Especially when Kyle Shanahan’s team has already traded a third and a fifth-round pick in 2021 for Trent Williams.

If the 49ers made the same deal as Seattle, they wouldn’t have a first, third or fifth pick next year. That’s a lot of pressure on your second and fourth rounders.

In some ways, the Adams deal is a coin flip. He’s a 24-year-old, two-time Pro Bowl player. But he comes at a really steep price. If I had to make the call, I’d do what it looks like the 49ers did — get in the discussion, see how high the stakes get and then fold when the Jets asked for more than they were willing to pay. The deal-breaker for me would be questions about Adams’ volatility.

The phrase “unhappy Jamal Adams,” is used so often it pops up as a Google search term. After three years, Adams made it clear he wanted to jump ship on the Jets’ voyage to nowhere and set out to make it happen. There’s no more sure-fire way to ignite a firestorm than to personally attack the head coach. And that’s what Adams did.

He complained that Adam Gaze was detached and uninvolved in interactions with players. A particular gripe from Adams was that he said when the team had a poor first half, it wasn’t Gaze who addressed the team. He had an assistant do it.

“I don’t feel like he’s the right leader to get this organization to the Promised Land,” Adams told the New York Daily News.

(To which, many of us said, “People in football are still making Promised Land analogies?”)

And for good measure, Adams also trashed the GM, Joe Douglas, claiming Douglas promised him a contract extension but did not deliver. It wasn’t long before the Jets began actively shopping Adams, figuring correctly, that they could stock up on draft picks in exchange. Hence the rumors and the speculation.

And that’s the Jamal Adams deal in a nutshell. Seattle is hoping he plays great, justifies the cost, and doesn’t become unhappy with head coach Pete Carroll. San Francisco is hoping that with the draft picks it saved, it can not only find good players, but they will be much less expensive.

And around here we will debate which side was right.

Major League Baseball has some bad news for the NFL

Baseball is the canary in the coal mine of professional sports. The bat and ball guys were the first to re-start their season and were going to be carefully watched for Coronavirus outcomes.

Other sports are making their own virus-avoiding plans — like the NBA bio-dome in Orlando — but everyone knew that football was going to be the toughest to implement. Even everybody’s favorite infectious disease specialist, Dr. Anthony Fauci said, “It would be very hard to see how football is able to be played this fall.”

However, what if baseball is able to do it? Wouldn’t that give everyone hope? Wouldn’t it show it could be done?

Well, as we know, baseball began Season 2.0 last week. Strict protocols were put in place. Managers, coaches, and some players wore masks. There were no fans in the stands.

And MLB didn’t even make it a week. Today (Monday) it was announced that as many as 14 players and coaches on the Marlins have tested positive for COVID-19. The league immediately cancelled the next game against Baltimore, while the Marlins were isolated and tested. And of course, that meant that the Phillies, who played the Marlins over the weekend, also had to cancel and undergo tests to see if they were infected. And the Yankees, who were going to play the Phillies, were told the game was cancelled, and they should stay in their hotel rooms.

All of which does nothing to encourage the NFL that it can put on a season. There’s once again talk of “enbubbling” teams, where they would live in a secure, sterile environment. But NFL teams, with players, coaches, trainers, and medical staff, can easily run to 100 people. The logistics are daunting.

And then, to file under things-I-never-thought-of-but-now-that-you-mention-it, SI’s Albert Breer says NFL deep thinkers are worried about a nightmare scenario — what if the virus takes out the entire quarterback room? Remember, even if the players don’t show symptoms, they’d still have to quarantine. No playing until you test negative. You’d have no quarterback.

Breer spoke to agent Mike McCartney, who said teams may consider an odd solution — hiring a “COVID quarterback.” He would not come into the team facility but would stay up on team meetings etc. virtually and work out on their own. Then, if the virus hit the rest of the quarterbacks, he’d be an insurance policy QB.

I get the concept, but isn’t this another example of how the NFL is bending over backward to try to force a season? Doesn’t it look even more likely, and sensible, to postpone and play in the spring?

This article has 388 Comments